May and June 2022 selections

3.    If You Want to See a Whale by Julie Fogliano

5.    You Wouldn't want to Sail with Christopher Columbus
by Fiona Macdonald

5.     A Semi-Definitive List of Worst Nightmares by Krystal Sutherland. 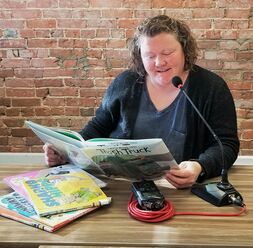 Do you want to hear a story from Louisburg Library any time?

Call the library's Dial A Story phone line at 800-576-0064.  You'll hear stories for children, teens and adults, as well as jokes, trivia and more!  We're here to read to you, wherever you go!  Stuck in line? Sitting down to a meal? Bored on the couch?  Take a break from the computer screen, build early literacy skills, and have fun!  Stories will change monthly and quarterly.

Some items are read by your librarians, and some by other great narrators, but all have been carefully selected by the Louisburg library team for your enjoyment.  And no internet required - just a phone!

Our menu of choices is varied and long so here it is if you prefer to see it so you can go right to your choice.  At the end of each selection, you will automatically be redirected to the main menu, but if you don't want to wait until the end, you can HIT # to go to the main menu. 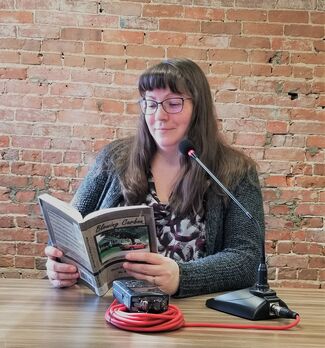 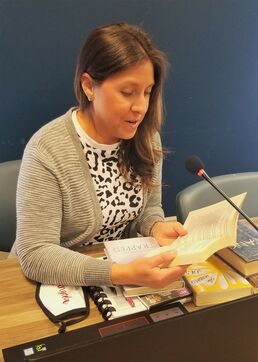