Stop by every month to see what books a staff member has to recommend.

1.  A Bride Most Begrudging by Deeanne Gist
When Lady Constance Morrow finds herself kidnapped and bound for the American colonies, she's sure she'll find a reasonable man who'll believe her story and send her back to England. Instead, she's "bought" by farmer Drew O'Connor. Constance is everything Drew despises in a wife, she can't cook and she prefers mathematical equations to cleaning. Worst of all she has red hair!!

2.  Danger In The Shadows by Dee Henderson
Sara is terrified. She's doing the one thing she cannot afford to do: fall in love with former pro-football player Adam Black, a man everyone knows. Sara's been hidden away in the witness protection program, her safety dependent on staying invisible—and loving Adam could get her killed!

3. Redeeming Love by Francine Rivers
Redeeming Love is my most favorite book. This is a powerful retelling of the story of Gomer and Hosea. A story of God’s unconditional love.  Angel expects nothing from men but betrayal. Sold into prostitution as a child, she survives by keeping her hatred alive. And what she hates most are the men who use her, leaving her empty and dead inside. Then she meets Michael Hosea, a man who seeks his Father’s heart in everything. Michael obeys God’s call to marry Angel and to love her unconditionally.

4.  Fancy Pants by Cathy Marie Hake
Stranded in America and penniless, Britisher Lady Sydney Hathwell contacts a relative in Texas, who mistakes her male-sounding name and invites his "nephew" to his ranch, but, appalled when she arrives, "Big Tim" Creighton is determined to turn Fancy Pants Hathwell into a man before the boss returns home.

5.  A Sensible Arrangement by Tracie Peterson
Marty Dandridge Olson is ready to leave behind the pain of the past. - Answering an advertisement for a "Lone Star bride," she leaves her Texas ranch and heads to Denver to marry a man she doesn't know. Together Jake and Marty agree they are done with romance and love and will make this nothing more than a marriage of convenience. 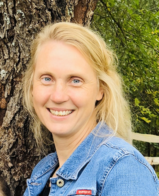